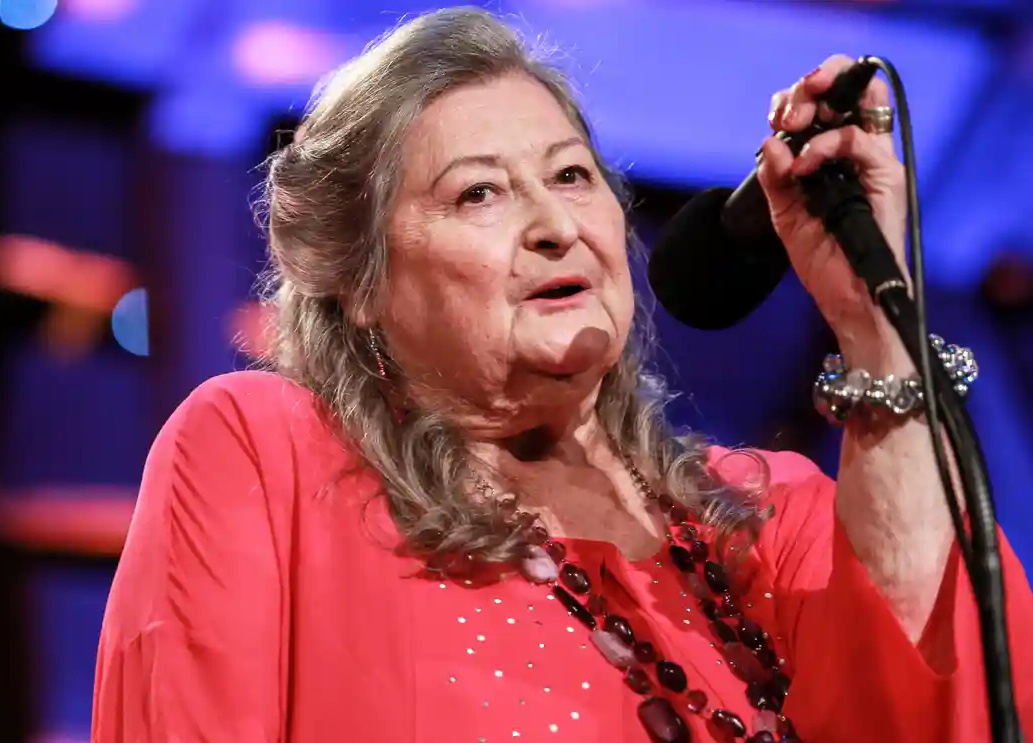 I first met Norma, and the rest of the family, at the 1965 Sidmouth Folk Festival.  Danny had met her the year before at a C#House concert - but she and I didn't meet 'til Sidmouth 1966,  We sat at her hospital bedside in Warringtom eleven years ago, when she was thought to be unlikely to survive ... but survive she did, to continue to sing most wonderfully, and bring joy to the hearts of all who encountered her.  But she was never truly well again, and often in pain.  While we mourn her loss, we feel she got a well-deserved release from all that.

As for an Obituary, I don't think I could improve on a message from another great old girl, Peggy Seeger:

We have lost a matriarch, a statuesque, dignified, magnificent singer.  She had a incomparable trove of songs and stories in her life's treasure chest and she opened it for decades for all to share.  She was my friend.  Our friend.  A rock to lean upon and fearless onstage.  She was one of those that you thought incapable of dying, one of the ones we will now pack into our tour-bags and take through our remaining days on and offstage.

So, if this isn't to be a personal obituary - so many others, better with words, have done that - I'd like to show you what a wonderful singer she was.  A difficult job, since Norma, like so many others, needed to be heard and seen, live.  But that was a privilege no one can share with you (although Danny tells me that there are a number of YouTube examples you could have a look at) so I'll try using studio recordings to give you a bit of an idea.

In Monday's News piece, I described Norma Waterson as 'the finest English female singer of traditional songs of her generation' and am now trying to back that up with some concrete examples of her singing.  A bit of a task, as I can find some 19 CDs on my shelf, on which she probably sings solo, or nearly so.  Because having been the eldest of the Waterson Family, she had sung with the family for more than seven decades, and there aren't too many recorded examples of her singing completely solo.

They sang five songs on Topic's New Voices LP in 1965, none of which particularly featured Norma, so we have to wait for the first instance of a wholly solo song is Seven Virgins (The Leaves of Life) from Frost and Fire of 1966.  Although on The Watersons, released later in 1965, we find her singing The North Country Maid, albeit accompanied by guitar and with the Family singing the chorus.  It's a good song, and she handles it well - indeed, sounding much as she has all her life.

After that huge burst of LP publications, we have to wait for the magnificent Bright Phoebus in 1972, and one of Norma's most powerful offerings - not of a traditional song, but almost as good as any that are - Red Wine and Promises.  I'll make the sound-clip of most of the song, as it's so good.  Perhaps the first (recorded) example of her potential vocal powers.

We get a bit of those powers on 1977's A True Hearted Girl and evidence that she'd been listening to some other Gypsy women.  Another favourite of mine is from the Norma Waterson Hanibal CD of 1996, which was nominated for the 1996 Mercury Music Prize.  There Is a Fountain of Christ's Blood is a song many of you may not have heard, but I think is just stunning.  It's a traditional hymn, not to be confused with William Cowper's more famous There Is a Fountain Filled with Blood.  As the CD's note say "A hundred more conventional popular singers - whether Whitney Houston, Barbara Streisand, or Amy Grant - could never deliver this song with the power or gutsy reality that Norma brings to it."  And that would be true even without the atmospheric backing music.

My task is made more difficult by the fact that The Watersons were a popular and well-selling part of Topic Records roster, meaning that lots of alternative releases feature the same recordings, and that very few of the tracks were solo or unaccompanied.

From the Bright Shiny Morning CD comes Black Dog and Sheep Crook, Caroline Hughes' magnificent re-imagining of the fairly common Floro.  This 2000 CD contains 12 tracks of Norma, mostly solo, at her very best, and I'll include a couple more sound-clips: The Game of All Fours and Green Grow the Laurels, both from the Caroline Hughes' repertoire.

But we must step back a bit in time - 1994 brings us to Waterson:Carthy, as opposed to The Watersons, where we may find some more of Norma sing solo.  And on the first of these CDs we encounter a real stand-out from Norma, When First I Came t0 Caledonia - what a great song!  This CD was followed in 1997 by Common Tongue where we find Norma singing The Lowlands of Holland and generally avoiding being pulled into the over-rhythmic backing.  A couple of years later we get to Broken Ground and what I think is the most emotionaly affecting of the revenant songs, The Bay of Biscay.

Moving on to 2002 we get two CD releases, but one is the Blue Murder super-group, with no solos from Norma, and in the same year Waterson:Carthy produce Dark Light where we find Norma's singing more than a little overshadowed by musical backings.  Indeed, that seems to be the case with all the most recent CDs until we get to the inspired idea of Gift - just Norma and Elize, and a joint thank-you for what they've given each other.  Here we find The Bunch of Thyme, to the Jane Turriff tune.  Just lovely!

So there we are - twelve recorded examples of Norma Waterson - 'the finest English female singer of traditional songs of her generation'.  How we shall miss her.