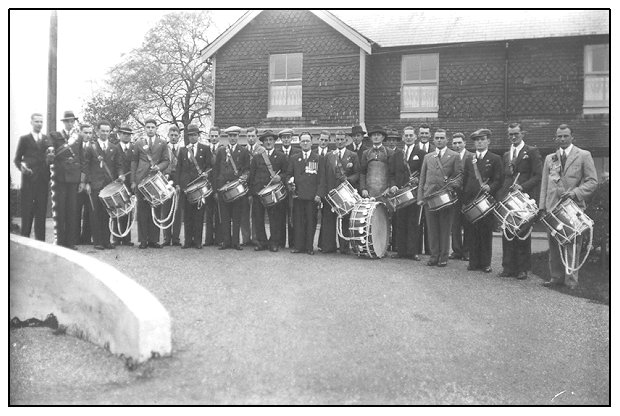 An unidentified drum corps of six side drums, five tenor drums and a bass drum.  No bugles or band fifes evident.
Provenance not known.  Is this a British Legion Band in the 1950s in Sussex (judging by the tiles on the faēade)?
A private photograph.
From the Reg Hall Collection.

It is in fact the West Hoathly British Legion Band in about 1930 taken outside the Sharpthorne Post Office
which was opposite the Sharpthorne garage.  The garage is still there but the post office is not.