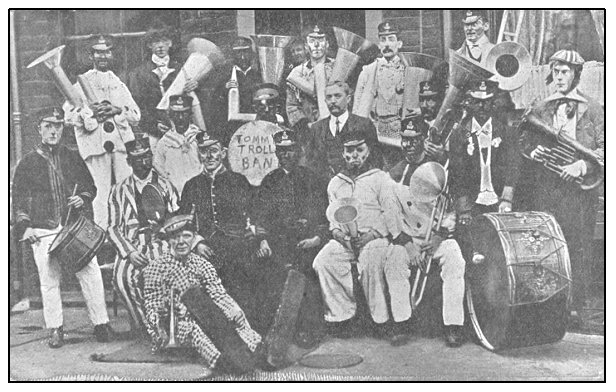 Tommy Troll Band.  A comic carnival band, in varied fancy dress.  Many have the same smart military / naval hats, which is probably a clue to their identity.  The bass drum, side drum and tambourine are genuine, but all the horns (except possibly the one on the right) are fake, probably fitted with kazoos.  Provenance not known, but the hats look pre-Great War.  Did they have kazoos before the Great War?  Commercial postcard, with no publisher's identity.

From the Reg Hall Collection.